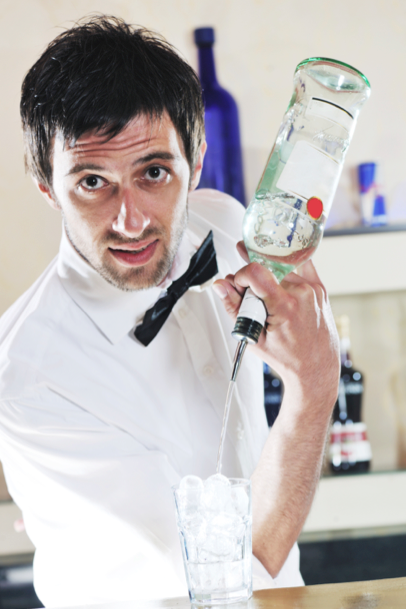 In prior Secret Shopper Chronicles we focused on bartender over pouring. Why so much attention to this issue? Because if you have over pouring going on, and most of my clients do, and if you eliminate it, you will significantly increase your bar profits.

Today, we’ll look at what else our spotters commonly find during covert visits to client bars. First, I have to tell you, we often find bartenders who are simply great at their job. Who have a passion for what they do. So, one huge benefit of secret shopper reports is they give you an opportunity to thank your superstars. A later blog post will give you tips on staff feedback. But for now, let’s just say the more feedback the better, as long as the observations are fair, sincere, and respectful.

On to spotter observations….

We strongly encourage you to read your Yelp and Google reviews. Multiple studies (including the Harvard Business School Study, 2011; and the Berkeley Study 2012) have shown the financial benefits from having a higher Yelp rating. If you have a security department, it’s likely your biggest opportunity to increase your Yelp rating is to improve the professionalism of your security. If the majority of your sales are alcohol, but you have no security, it’s likely your biggest opportunity to increasing your Yelp rating is improving the professionalism (attitude, attentiveness, friendliness) of your bartenders.

Using properly trained and instructed spotters, and then taking corrective action (or sharing positive feedback with staff) based on spotters’ observations, will increase your profits, improve your customer experience, and guard both your ABC License, and your insurance premiums.

In Orange County, our secret shoppers have identified on average, a 55% one-liquor drink over-pour. With new clients, we have found as low as 7% to as high as 113% (3.19 ounces of liquor in a one-liquor drink; the customer paid for 1 but the bartender gave the customer more than 2 drinks – for the price of 1 drink).

In Orange County, bartenders over-pour three- and four-liquor cocktails by an average of 78%.

The kicker: the 39% of liquor purchased that is then given away free does not reveal the full financial consequences caused by over-pouring liquor. There’s the opportunity costs – lost sales due to customers ordering fewer drinks because they are getting intoxicated on the cheap.

If you pour the correct amount of liquor in the right size glassware, the customer can taste the liquor and is satisfied.

Two of my contacts have contacted me regarding “problems” they have encountered by using my services to reduce over–pouring and run a tighter bar.

Client 1: Months after working with me, the client stated his bar was making $10,000 more profit a month from using my services. This client began with a 76% over-pour. In fact, this client was gracious enough to meet with Phyllis Marshall of Food Power to share the success of my services. Several more months later, the bar owner contacted me, asking if I could talk and email with his tax attorney to explain how he could have record liquor sales with lower cost of goods. I shared training material, reports, and connected the financial dots and everything was fine.

Client 2: A client emailed me this: “I am in the middle of a State Board audit at the XXXXX and I am trying to show them why we had such a spike in margins from one year to the next.” The email included a request for spotter reports and an invoice for my services. This client began with a 73% over-pour. Everything turned out fine after the client shared the documents with the auditor.